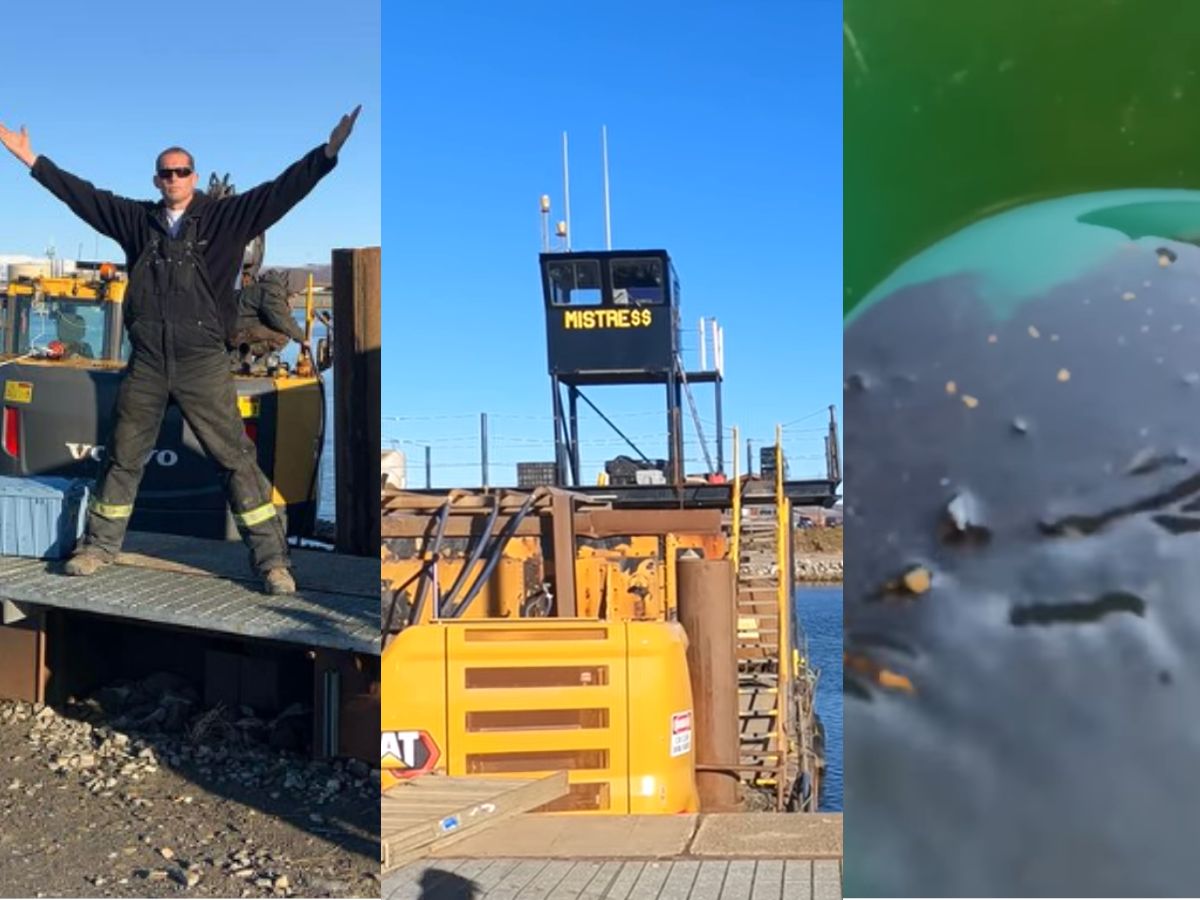 If you watched the season 15 premiere of Bering Sea Gold, you probably noticed the same thing we did: they drop a lot of dirt out of the bucket before it makes it onto the shaker table.

It begs the question just how much gold is just sitting there on the deck of a Bering Sea gold excavator barge?

Bryan Wilder from American Gold Prospectors is back to answer that question on Kris Kelly’s M/V Mistress.

Can he get as much as he did on the deck of Shawn Pomrenke’s Myrtle Irene?

With the high purity of gold from the Bering Sea, it’s no surprise Bryan is mining every dredge and excavator barge deck he can!

When Bryan pulls up to the Mistress, he’s greeted by James Barclay, the excavator operator of the Mistress.

James shows off their new excavator, the Cat 320. It can reach 21 feet down, drag 3 feet with a 6-foot haul making for some nice, big scoops.

Bryan points out what we’re all thinking, Kris Kelly has really upgraded from where his operation was a couple years ago.

The Mistress is in port to fix a winch problem. James says if they fix it before Bryan’s done then he’s going out to sea with them for the day.  He needs to get to work quick if he wants to get gold off that deck. Better start panning that gold!

Bryan and one of the crew of the Mistress, Joe, have an unofficial contest for who can mine the most gold. It’s Deckhand Joe’s mini-trommel versus Bryan’s beach box.

We’re shown a quick tour around the shaker table and sluice box area where there is a lot of hard packed dirt that accumulated over the season.

After about two hours of shoveling, they’ve gotten the dirt from around the shaker table, the sluicebox and even some closer to the excavator.

It’s the moment of truth, which captured more deck gold?

Joe and his mini trommel did about 1.5 grams with some nice chunkers in about 2 hours.

Learn to pan gold at home with our 2 Gram bag of Eroica Paydirt!

Buy real gold paydirt from the Bering Sea and prospect at home!

We know where it’s from, because we sucked it up the nozzle ourselves.

Bryan doesn’t give us a total but does a quick little speed gold panning of his cons and sees some color but ultimately concedes defeat, as he says he has less than 1 gram.

All in all not a bad way to spend a Sunday afternoon. Watch the video below!

While you might not be able to mine the deck of an excavator barge, you can get real gold paydirt to get some of that shiny G yourself. With so many different options, what kind of paydirt should you buy? We go over the different types of paydirt that you can pan from your own home in our article, How to Find the Right Paydirt for You.

Where is the purest gold in the world found? This isolated country…

How to Test the Purity of Gold Nuggets & Placer Gold Dust